They remember days when they could pick and choose the deer they wanted to shoot. Now, they’re lucky just to see deer. Any deer, let alone a big buck. 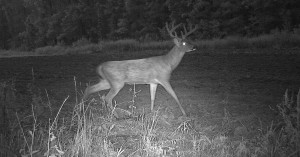 A severe outbreak of hemorrhagic disease during the summer of 2012 hit hard — harder than even the Missouri Department of Conservation first thought. That, combined with the long-term effects of liberalized hunting regulations that allow hunters to take unlimited does in many counties, several years of drought and reduced habitat, has hunters worried.

Missouri, for years known nationally for its deer hunting, no longer is the land of plenty when it comes to whitetails. Or at least, that’s what hunters are reporting.

“I’ve hunted deer in Missouri since 1984, and this is by far the worst season I have seen,” said Joe Monteleone, an avid deer hunter from Liberty. “We’re seeing far less deer when we’re hunting. Our trail cameras tell the story: We just don’t have the deer out there that we once did.”

Monteleone isn’t alone in his thoughts.

Many hunters have contacted the Department of Conservation, The Star and other media outlets to voice concerns. They’re worried.

After years of being spoiled, they got a slap of reality during the 2013-14 season.

“The Department of Conservation blamed the warm, windy weather for the low harvest on opening weekend,” said Dan Galetti, a hunter and taxidermist from Kansas City. “But I’ve been a taxidermist for 25 years, and I can remember other openers under the same conditions where a lot of deer were brought in.

“I just don’t think the deer are there. Even in my taxidermy business, I’m down 60 percent in the number of deer brought in this season.”

The harvest totals back the hunters up.

• The kill in each of the segments of the deer season concluded so far — urban, early youth, statewide firearms, antlerless and alternative methods — is down from last year.

• In some parts of the state, particularly the northwest, west-central, central and northeast regions, the downward trend is part of an overall cycle that has seen deer numbers decline in recent years.

The drop in harvest totals was especially surprising because it came on the heels of the 2012-2013 season, when they shot more than 300,000 deer in all seasons combined, one of the highest totals in history.

Jason Sumners, a wildlife biologist for the Department of Conservation, acknowledges deer numbers are down, especially in light of hunters’ reports. But he sees no reason to panic.

“We knew that some parts of the state were hit hard by EHD (epizootic hemorrhagic disease),” Sumners said. “But it’s always hard to gauge the overall impacts of disease until the hunting seasons start.

“I have to admit, the breadth of the the losses exceeded what we were anticipating.”

But Sumners pointed out that Missouri still has a sizable deer herd, even in its reduced state.